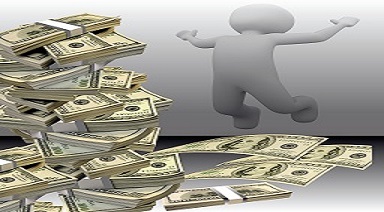 One thing that people want to know is:

How we can get instant money?

They just wanted to be hand over a ‘Secret’ to double their money in an instant. It’s like going to a magic show where the magician converts one pigeon into two using a ‘Magic Wand’.

One interesting thing is when these same people go to see a magic show they behave more sensibly and just clap on the act of magician.

If they behave as unreasonably as they do in matter of investing they would have snatched the wand away from magician and run as fast as they could and then try to create pigeons in vain attempts.

This thinking process in case of magic is at most futile with no real consequences…..at most you will be frustrated and will soon realize that it was an illusion and nothing more.

However, in case of investing this kind of thinking process can be irreversibly devastating to the financial health of the person.

The problem intensifies when as a natural process this Demand for the ‘Secret’ is followed by Supply:

Now, who is going to get rich by these kind of schemes is a no brainer. Is it something different from claiming to generate pigeons out of thin air !!

You can decide that yourself....by asking right questions...

If they indeed have a 'Secret' formula that works so well they would have more than what Mr. Warren Buffett have....which is just over 34% per annum over a period of 40 Years.

What makes these sensible persons to behave so insensibly when it comes to finance and investing that they are even ready to consider these kind of options?

We will try to understand it in details... Stay tuned.